Posted at h in Agriculture by

Biodiversity functions as a safeguard for the planet. If one species disappears, then others can compensate. However, as we continue to lose biodiversity, this fail-safe is less effective. This sadly diminishes resilience and vitality for all life on earth. Without genetic diversity, humans risk drought, famine, disease and lack natural barriers to extreme weather conditions.

A historic example of the impact of biodiversity loss on humans is the Great Famine in Ireland from 1845-1852 (dates range). As potatoes grew increasingly popular in the Irish diet in the early 1800s, especially among working class citizens, farmers began almost exclusively growing the Irish Lumper potato. With only a single variety available, this eliminated genetic diversity in potato crops. Consequently, homogenized potato crops that fed countless citizens across the country were naturally infected with fungus, known as potato blight. Farmers had no back-up varieties to grow that may have been resilient in the agricultural conditions that destroyed the Irish Lumper variety. With a lack of biodiversity, Ireland faced mass starvation and disease. Roughly 1 million people died while another 1 million left their homeland in search of a better life.

This historic example of an environmental refugee crisis is not dissimilar to what we are seeing now in many parts of the world.

Because of a lack of diversity, nature’s safeguard failed. 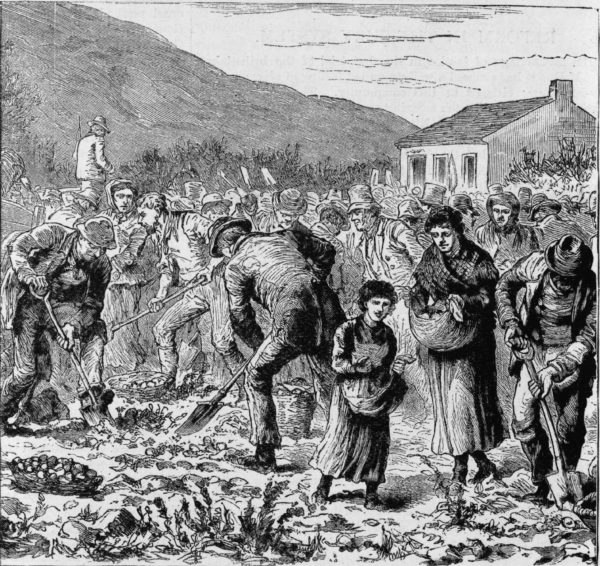