Posted at 02:00h in Biodiversity Action Agenda by

From the Making Biodiversity Count Series

From the Making Biodiversity Count Series

Canadians celebrated the 100th anniversary of the Migratory Bird Convention between the United States and United Kingdom (for Canada) in 2016, and the Migratory Bird Convention Act (MBCA), the law enforcing the Convention in Canada the following year. The MBCA was enacted three years after the death of Martha, the last known Passenger Pigeon on earth. Passenger Pigeons once darkened the skies for days on end during the migrations through parts of southern Canada. Eskimo Curlew, not yet declared extinct but not observed for over 50 years, followed the Passenger Pigeon, and was perhaps the last “Canadian” species to be driven to extinction.

While we might mistakenly consider the fact that we have not lost a bird species in Canada for over 50 years as a ‘conservation win,’ the reality is that bird populations have never been in worse shape in Canada. Last fall, a major scientific publication revealed that North America has lost 3 billion birds over the past 50 years, about one-quarter of all birds. The Committee on the Status of Endangered Wildlife in Canada (COSEWIC) lists 138 species of birds as worthy of special protection through species at risk laws, a full 30 percent of Canada’s avifauna. The State of Canada’s Birds 2019, identified several ‘groups’ of species whose populations had plummeted over this time, including grassland birds, aerial insectivores, shorebirds, long-distance migratory birds and forest tree seed eating birds, which have lost between 39% and 65% of their populations since 1970. Therefore it is worth asking the question “is the MBCA” an effective tool to protect our birds, and if not, why not?

The MBCA was intended to end market hunting and protect a large list of migratory species. Arguably Canada’s first “Nature” law, the MBCA declared it illegal to “capture, kill, take, injure or harass a migratory bird; destroy, take or disturb and egg, or damage, destroy or remove a nest . . .” To kill a bird, or destroy its nest or eggs, or have parts of a dead bird (skin or carcass) in one’s possession, requires a permit. The Act also includes provisions to establish “Migratory Bird Sanctuaries” where there is enhanced protection of bird species from human activities such as hunting or disturbance from pets.

The MBCA was amended in 1994, 2005, and 2009, mainly to recognize and incorporate Indigenous rights and align with Treaty law. The MBCA, along with the North American Waterfowl Management Plan, have been effective tools for managing and maintaining healthy populations of most Canadian waterfowl species. For non-harvestable species, the story is a bit different.

The MBCA does not protect all migratory birds, their nests and eggs. Families of birds that are not listed in that Act include grouse, quail, pheasants, ptarmigan, hawks, owls, eagles, falcons, cormorants, pelicans, crows, jays, kingfishers, and some species of blackbirds. However, these species are generally protected through provincial wildlife laws in Canada.

While it is estimated that human actions result in approximately 269 million bird deaths per year and the destruction of 2 million nests annually, there have been only seven successful prosecutions under the MBCA since 2013. Three of the prosecutions were of companies that destroyed Bank Swallow colonies (1926705 Ontario Inc.- 2018, Bergedac Ltée – 2016, and Sintra Inc in 2016), three were against oil and gas companies (Husky Oil Company – 2019, Canaport LNG – 2015, and Progress Energy Canada -2015), and one against a marine transport company (Kirby Offshore Marine – 2019).  Fines levied against the companies ranged from $750,000 (Canaport) to $7500 (1926705 Ontario Inc.). These prosecutions were based on either evidence of the destruction of nests and eggs, or the section of the Act concerning depositing a harmful substance into the environment that is frequented by migratory birds.

Why is the act not working?

The lack of convictions through the MBCA suggests that the law has not been effective to protect Canada’s birds. Prosecutions rely on information, provided by an informant, who is often a member of the public. Environment and Climate Change Canada (ECCC) has an Enforcement Branch, but enforcement is based on complaints or information from the public and it not proactive (Contact environmental enforcement branch” 1-800-668-6767, in Canada only, or 819-938-3860). A charge or conviction requires compelling evidence of a contravention of the Act. Circumstantial evidence e.g., workers removing vegetation along a utility line during breeding season) is inadequate. There must be hard evidence of birds dying, or destruction of nests or eggs. This is one of the reasons why the destruction of bank swallow colonies or birds killed by an oil spill is easier to detect than the destruction of nests through logging, brushing of vegetation or agricultural harvesting.

The MBCA lacks effective powers to address “incidental take,” described as unintentional killing of birds or the “inadvertent” destruction of nests or eggs associated with large-scale human activities such as logging, crop harvest, and commercial fishing[i]. Twenty-five million birds die annually from window collisions yet there has not been one conviction on this issue under the MBCA. House cats kill about 200 million birds annually with no prosecutions of cat owners or municipalities. Every year we hear of cases from all over Canada of activities that we know are destroying nests and killing birds, but these rarely, if ever, make it to the courts. Why is this? Lack of enforcement of the Act? Lack of public education? Misconceptions about the law or what it can and cannot do?  Probably a bit of all three.

After many years of attempting to develop regulations to permit “incidental take,” Environment and Climate Change Canada abandoned this tactic and settled on publishing guidelines to reduce risks of sectoral activities to migratory birds. There were strong arguments to establish a permitting regime, but, though some sectors, such as forestry, were ready to embrace a permitting regime ten years ago, others were not, and reform of the MBCA to include permitting of incidental take was scuttled[i]. Guidelines are not regulations. They are not mandatory, and even if a proponent follows guidelines, that person or business would still be exposed to prosecution if their activities resulted in killing birds, or damaging nests and eggs. In addition to guidelines, ECCC developed Bird Conservation Region Plans for Canada that include population objectives for priority species of management and conservation interest within each region. Like the guidelines, implementation or adherence to the plans is voluntary.

How can we make biodiversity count?
By establishing a strong network of protected areas

The MBCA does not protect against habitat destruction—perhaps the biggest threat to bird populations. While expansion of the human footprint may not directly kill birds, it removes habitat that many bird species require for an essential life stage and therefore reduces reproductive potential. Protecting an adequate amount of nature that includes the full range of habitat types to support viable and thriving populations of all our native bird species is essential to conserving Canada’s wild bird populations.

The MBCA cannot do that, but having a strong protected areas network to protect at least 30% of our lands and waters by 2030, and 50% by 2050 is essential to ensure healthy bird populations. But even that is not enough. The “unprotected” working landscape where we live, grow our food and extract our resources, needs to be managed as sustainably as possible so that ecosystem functions and services are maintained and not lost. Keeping these landscapes ecologically healthy is essential to the well-being of our bird populations and ourselves.

In February 2019, the Biodiversity Action Agenda, authored by Women for Nature was published. It asks all Canadians to take immediate action on biodiversity loss as there is no recovery from extinction. As a 24-point action agenda, it offers a combination of actions, including low-hanging fruit as well as long-term systemic changes. Follow our blog for bi-weekly posts exploring each action. 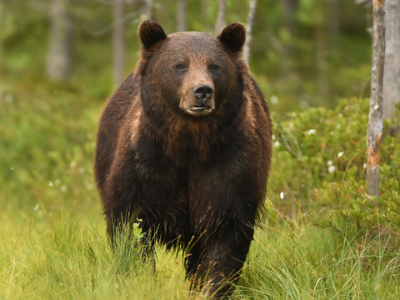 Nature heals us; we need to reciprocate

Across Canada, ranges are contracting, populations are declining, and species are teetering on the edge of extinction. So, why aren't we effectively protecting our species at risk? 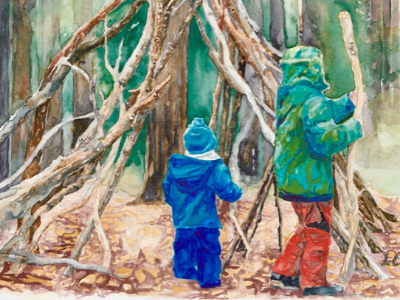 Co-benefits for biodiversity take place when strategies that are not directly related to conservation and enhancement help biodiversity. 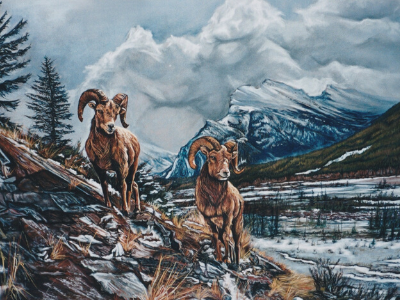 Animal road crossings can ensure safe passage across dangerous highways for migrating animals as many travel through fractured habitat.