Posted at 09:20h in Protected Areas by

Oceans and coasts are a key part of Canada’s environment, economy and identity, and yet most of us are unaware of how they are protected, and why conserving them is critical.

Oceans touch every Canadian province and territory, with the exception of Alberta and Saskatchewan. Canada’s marine territorial waters measure 5.75 million square kilometres, equivalent to the combined area of India and Greenland. Collectively, Canada’s coasts of the Atlantic, Pacific and Arctic oceans are more than 243,000 kilometres in length — the longest of any country in the world.

Our oceans have a climatic influence that reaches far inland, and many species that depend on our oceans and coasts ebb and flow into every part of Canada. Fishes migrate for hundreds of kilometres inland to spawn, rear their young or overwinter. From Pacific salmon in the west, to striped bass and blueback herring in the Atlantic, to char in Arctic waters, fishes link the food chains of oceans with freshwater rivers and lakes.

More than half of the world’s population of semipalmated sandpipers stop at the Nature Conservancy of Canada’s (NCC’s) Johnson’s Mills property in the fall along the coast of the Bay of Fundy in New Brunswick, but these same birds migrate through the Prairies in the spring en route to their Arctic nesting grounds. Even our common loon transforms from a summer bird of our northern lakes to a coastal bird feeding in nearshore waters of the Atlantic and Pacific oceans when autumn comes.

Canada’s marine waters are rich in life. They support more than 50 different seabird species and over 25 different species of whale, dolphin and porpoise, including three-quarters of the world’s narwhal population. They also harbour species that are becoming rare in Canada and throughout their global range. Canada currently has more than 125 marine mammals, saltwater fishes and sea turtle species that are nationally at risk.

The race to conserve marine areas

The conservation of our marine regions has long been neglected compared to Canada’s land-based habitats. Perhaps it was the myth that oceans were endless, or not understanding the importance and benefits of marine conservation. But this is changing. In just the last five years, the area of marine conserved and protected areas has increased by five times, and now covers almost eight per cent of Canada’s oceans.

Today, we recognize that oceans and coasts are a critical part of our collective national ecology. What was once seen as a limitless marine resource is starting to appear more and more fragile in our rapidly changing world. Canada is now working toward a goal of conserving 25 per cent of Canada’s oceans by 2025, and toward 30 per cent by 2030.

Marine protected areas are created and administered by three federal agencies in Canada: Parks Canada, Canadian Wildlife Service and Department of Fisheries and Oceans. These protected areas are scattered throughout our oceans and are growing. New areas that have been conserved and protected include marine refuges in Howe Sound to protect nine newly discovered glass sponge reefs.

The role of provincial governments and private land trusts

Provincial governments and private conservation organizations such as NCC also play a role in protecting our oceans. More than 10,000 square kilometres of ocean are protected by provincial agencies. These are mostly nearshore waters and are associated with coastal protected areas, such as the Pointe Au Tonnerre–Île à Paul Waterfowl Gathering Area in Quebec and Broughton Archipelago Marine Park in BC.

NCC is also playing an important role in protecting coastal and marine areas. Along with facilitating large, complex projects such as Tallurutiup Imanga/Lancaster Sound, we have directly conserved more than 200 projects on Canada’s coasts. These projects are protecting over 300 kilometres of coastal habitats, including salt marshes, dunes, beaches and rocky shores.

The conservation of oceans and coasts impacts all Canadians. As stewards of the world’s longest coastline, we have an opportunity to show global leadership in marine conservation, and ensure that the richness and abundance of marine habitats and species are protected for our children and grandchildren. 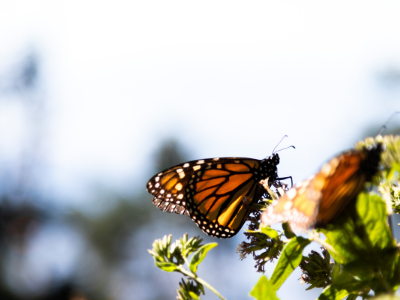 Monarch butterflies have more than one home. They migrate over 4,000 kilometres across North America to their wintering sites in the mountains of central Mexico. 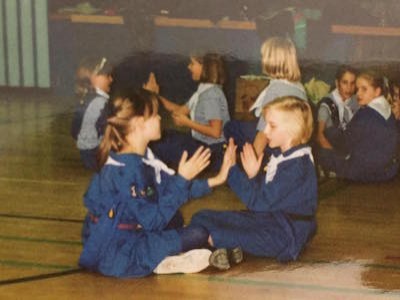 A Guide's Honour: Girl Guides and Caring for the Environment

Girl Guides of Canada helps instil love and respect for nature at a young age. 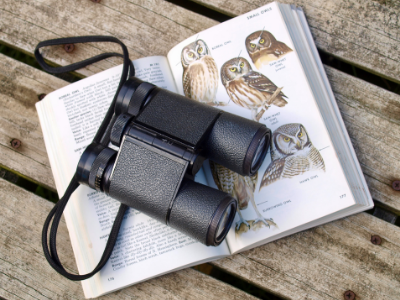 If you’re looking for a new hobby, birding is a great way to spend time in nature and to learn more about your backyard biodiversity.