The voice of nature: Capturing ecosystem health through sound

Posted at h in Ecosystems by osn2019

The voice of nature

The voice of nature: Capturing ecosystem health through sound

When I six-years-old, my family moved to a suburban neighbourhood on Vancouver Island. We came from Ontario, so we were not at all acquainted with the incredibly wild and lush biodiversity of British Columbia. Moss covered trees towered over my 4-foot frame in Goldstream Park and Cathedral Grove while beaches filled with salty bull kelp were enveloped by towering snow-peaked mountains. And while these stunning sights undoubtedly blew my mind as a child, I often think about the incredible symphony coming from my neighbourhood watershed.

Bedtime would be painful in the summer. The sun was still radiating through my window and the frogs and crickets would sing at the top of their lungs as the night wore on. But I soon grew accustomed to their sonatas as they gently lulled me to sleep. They lived among the bulrushes, lily pads, and weeping willows. The creek was also filled with trout, sculpin and stickleback fish, which attracted otters and the occasional beaver. Beyond the waterway, you could spot deer and rabbits crossing the vast meadows. And I seldom woke up in the morning without hearing the dawn chorus of birds. Fast forward 25 years, and the neighbourhood is much quieter than it was back in those days. You rarely hear a croak or a chirp.

Capturing the sounds of nature

While watching this captivating TED Talk by Bernie Krause, I was reminded of the changes that have occurred in my beloved park. Krause is a musician and soundscape ecologist who has spent many decades recording the orchestras of nature. He describes the soundscape as containing three sources: ‘GEOPHONY’ (the sounds of rivers, the rustle of wind, etc.), ‘BIOPHONY’ (the sounds made by living organism), and ‘ANTHROPHONY’ (human-made sounds or noise). While he originally recorded soundscapes for music, movies, and museum exhibits, he began using these recordings for ecology and conservation purposes.

According to Krause, typical methods for evaluating the health of a habitat are carried out visually. In a nutshell, scientists and citizen scientists will count the number of species and individuals of that species spotted within a particular area. While this is an incredibly valuable methodology, sound can often capture what is unseen.

In Krause’s TEDTalk, he shared his findings from recordings of Lincoln Meadows, Yuba Pass, in California. Before a company carried out ‘selective logging’ in a forested part of the region (a small selection of trees are harvested but the majority remain intact), Krause captured the sounds of the forest. He then recorded the forest a year later after the logging had taken place. While visually the area appeared the same, Krause’s before and after recordings captured a big decline in the soundscape. As he stated, “while a picture may be worth a 1000 words, a soundscape is worth a 1000 pictures.”

This made me think about the park of my childhood. While much of the creek and forest have been untouched since the late 1980s, a portion of vegetation was cleared roughly 20 years ago to make way for a short stretch of highway. The dawn chorus disappeared as did the frogs and crickets. I’m not sure if it’s the noise pollution coming from the highway, the light pollution coming from the street lamps, or the partial removal of the wetland and forest habitat that once populated the area. All I know is that the neighbourhood park I spent my childhood exploring is forever changed.

What can you do to make biodiversity count?

Have you noticed any changes in the wildlife living in your favourite places? Have the sounds of nature faded? If so, a great way to help biodiversity thrive in your neighbourhood is by growing indigenous plants or joining the rewilding or ungardening movement. This will help transform your backyard or neighbourhood into a wildlife haven. You can also pick up litter in your neighbourhood or participate in clean-up initiatives. Also, be sure to send a copy of our BIODIVERSITY ACTION AGENDA to your local leaders and politicians. 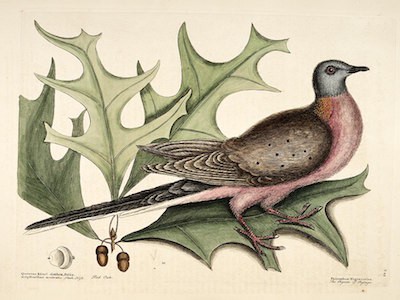 The Canary in the Coal Mine: Why did passenger pigeons go extinct?

Passenger pigeons used to be incredibly abundant in North America but they went extinct so fast, that people barely noticed until it was too late. So what happened? 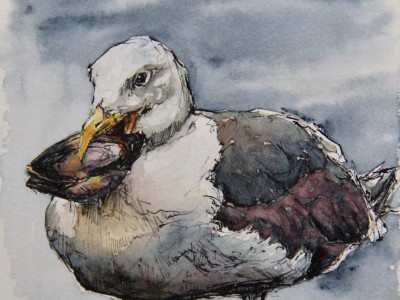 The ocean has a chance to recover within 30 years

Marine biodiversity is incredibly resilient. With aggressive conservation efforts and policy changes, the ocean has a chance to bounce back within 30 years. 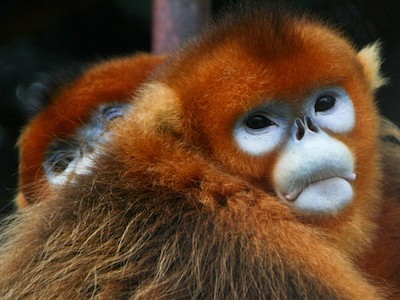 The Comeback-Kids: Imax shows how three species were saved from extinction

New Imax film shares remarkable stories of how three species were saved from extinction through science, innovation and collaboration.